Men of Platinum, the platinum jewellery line by Platinum Guild International (PGI), has introduced its new campaign to honor men who realize what matters the most in turbulent times.

The campaign’s thought is beautifully captured and led by a film that showcases a test of character, in a defining moment of reckoning. The film begins with the two friends acknowledging the revival and upward trend in the business post the challenges faced due to the ongoing pandemic. One of them remarks that the other could have enjoyed better profits if he had made the necessary changes while alluding to a suggested downsizing. The other protagonist, and the quintessential ‘Man of Character’, immediately retorts that during challenging times, success should be redefined.

“This pandemic has been a challenging time across the sphere of life – when it comes to men I think it challenged some notions of masculinity and also leadership. We saw leadership take the wrong stance in combating challenges across countries and companies too. We saw the wrong notions of masculinity lead to damaging outcomes,” said Sujala Martis, Director – Consumer Marketing, Platinum Guild International (India).

“For us, as platinum – a metal anchored in rare it was important to applaud and celebrate the other side of this narrative. Showcasing men who re-casted their role in their personal and professional lives. Setting exemplary examples of what happens when one is guided by the right set of values when empathy, compassion, and courage rule your mind. Men of Platinum are the ones who came through on the test of character that adversity threw at them,” she added.

The campaign has been conceptualised and executed by Famous Innovations. “Keeping with the current times, our film showcases a typical scenario being faced by most corporates and individuals, with business heads being coerced to make difficult decisions. It is only a select few who remain unfazed by these challenges and can adapt to this ‘new normal’ without comprising on their integrity,” said Hayden Scott, Group Creative Director, Famous Innovations.

Men of Platinum with this campaign has also launched a new collection of men’s platinum jewellery. The new integrated digital and marketing campaign aims to promote the all-new range of Men of Platinum. The campaign is a 360-degree program led by a film and supported by a robust communication plan that includes TV, Print, Digital, and Influencer outreach to ensure high reach and frequency. The content across these mediums is focused to drive awareness and build appeal for the Men of Platinum category. 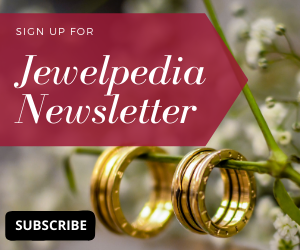